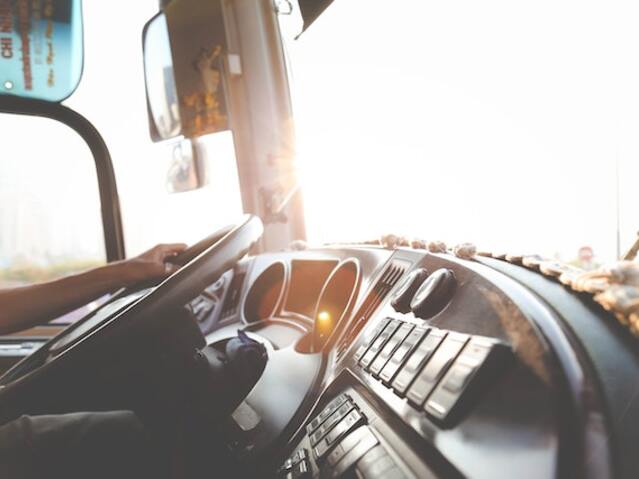 How to Determine an Owner Operator Truck Driver Salary?

If you want to make the most out of your truck driving career, read on! Then you can set your own goals and pursue them to achieve success. In this article, you’ll learn the basics of running your own trucking business.

Some Factors to Determine an Owner Operator Truck Driver Salary

The higher pay per mile is due to the increased cost of insurance, licenses, and equipment. In addition, drivers have more control over their revenue than a company-employed truck driver does. So, who can be an Owner Operator truck driver?

Owning and operating a truck is an excellent way to make a large income and be your own boss. While you may be tempted to take this opportunity to work for yourself, it is important to remember that you are responsible for your own expenses and aren’t an employee.

Because of this, you must save a certain amount of your earnings for tax time. Many owner operators find they owe the IRS, and don’t have the money to pay them.

Additionally, because owner operators are their own businesses, they have more expenses. Some are planned, but others come unexpectedly.

While the average salary of an Owner Operator is significantly lower than that of a company driver, the highest paying cities are New York City, NY, Boston, MA, and San Mateo, CA.

These cities pay up to $29,160 higher than the national average, and the highest paying ones are New York City, NY and San Mateo, CA. While these cities may not be the best places to live and work, they do provide opportunities for economic advancement.

There are many factors to consider when determining your overall expenses as an owner operator. The most obvious costs are the payment for the truck, administrative fees to state agencies, and insurance payments.

Other expenses are variable, such as fuel and maintenance costs for the truck. Fuel costs and taxes vary with the condition of the vehicle. Estimating the costs for these factors can help you decide whether an 18-wheeler is the right investment. Here are some tips for calculating your expenses as an owner operator.

Fuel costs – Depending on your route, fuel expenses can be a substantial expense for an owner operator. In most cases, you will be paying more than $71 per day for fuel. Even if you can drive a cheaper tractor, you should still estimate your expenses accordingly.

For example, a new tractor may cost you more than $100k. Fuel costs are also a big factor, so consider your income and expenditures carefully when deciding how to spend your money.

Per Diem Expenses – Another common expense for truck drivers is food and lodging. These are deductible when you itemize them on Schedule A. Meals are also a deductible business expense, since you must eat to perform your job.

Some trucking companies offer per-diem meals, but be sure to keep receipts to claim your actual expenses. Similarly, trucking-related publications are deductible for the full cost.

When it comes to negotiating your owner operator truck driver salary, you should be aware of the many pay models available to you.

While some companies offer Pay Per Mile, Stop Pay, Detention Pay, Experience, Fuel Bonuses, Safety Bonuses, and Accessorial Pay, the percentage of load model is generally considered the most lucrative for truckers.

Although it can be tempting to pay loads in cash, this method is not ideal for everyone.

A percentage-pay pay structure is different from miles-per-mile pay. In percentage-pay, the driver receives a percentage of the linehaul, the gross revenue of the load less the cost of fuel.

The higher the linehaul, the better the driver pay. Also, lease-to-own operators can expect to be paid for fuel surcharges. Owner-operator pay packages vary by state, but are typically in line with the preferences of nearly seven-in-ten owner-operators.

As a result, it is now more profitable than ever for truck drivers. The percentage-pay scheme offers many benefits. Most importantly, it’s a transparent method of compensation, and truck drivers will be pleased to know that their pay is guaranteed every month.

As an owner operator, your salary will likely be much higher than that of an employee. A typical pay rate for an owner operator is $1.00 to $3.00 per mile, and the majority of this is made up of profit.

You will also likely pay yourself a higher tax rate than a company driver does. As an owner operator, your pay will be based on your profit, so you will have less stress in terms of taxes and expenses.

In the United States, an Owner Operator driver can earn about $30,000 per year. Although this is relatively low, there are other factors that can lead to a higher pay rate. First, try to avoid areas that are less traveled.

For example, driving through Canada and New York City will typically mean extra fees. By filtering out these areas from your search, you will make more money as an Owner Operator. Additionally, make sure you filter out any jobs that require you to drive through specific areas.

The next factor in determining an owner operator’s salary is how much they are willing to spend. While the salary is higher than an employee’s, a company driver has benefits that the owner operator doesn’t.

If you are looking for a high-paying job that lets you be your own boss, you should consider becoming an owner operator. The pay is substantially higher than that of a company driver.

Not only will you have more autonomy and more control over your career, but you can also negotiate freight rates. Those are just some of the benefits of becoming an owner operator. To get started, find out more about the requirements for the position.

While most owner operators are men, a growing number of women are entering the field. The majority of them are older than other truck drivers and are married, which provides a solid support network.

However, there are a few things to keep in mind before jumping into the industry. Experience is key. It will make you more likely to make a good living. If you have a great attitude, you can enjoy your new career with a company that’s willing to support you and help you succeed.

Among the benefits of becoming an owner operator are increased income potential and less stress. Besides earning more money, you’ll also have the freedom to choose the routes you want to travel, manage your business partners, and set your own schedule.

Owning a truck means taking on more responsibility and risk than you might with a company driver. It is important to have a solid business plan, adequate finances, and the desire to be independent.

While the average owner operator truck driver salary is approximately $164,000 per year, there are many factors that affect the actual amount of money you can earn. Chicago, IL is the city with the highest pay, followed by Atlanta, GA, Charlotte, NC, Houston, TX, and Phoenix, AZ.

If you’re a truck driver looking for the best place to live and work, check out our list of the top nine cities with the highest salary below. This list is based on indeed.com:

Danville, IL is the number one small city in Seek’s study. Located in the tri-city triangle region that includes the major metropolitan areas of Illinois, Missouri, and Indiana, Danville grew into a major industrial city in the 19th century.

It still maintains roots in manufacturing, retail trade, and transportation. This city is located on the intersection of US Route 50, Illinois Route 1, and US Route 136.

Joplin, MO is located in southwest Missouri, right on the historic Route 66. This city was named the best city in a study of best cities for truckers. Joplin is the fifth largest metro area in Missouri, with a population of over 270,000.

It is home to Contract Freighters, a trucking company based in the area. Its proximity to the population centers of the nation makes it a desirable location for trucking companies and drivers.

You May Looking For: